We love seeing great new tech, but there’s also a side of us that takes delight in seeing the other end of the technological spectrum. Like with a bad movie that achieves cult status because it’s just that bad, we love to hate something about these unlucky products and downloadable duds from the past three months. Keep in mind, each of the items listed below has its share of redeeming qualities. But each of them also stands out for all the wrong reasons. In no particular order, here are some recent tech turkeys. And if you want to catch up on the entire year’s most worthless gear, read our roundup of the worst tech of the first quarter. 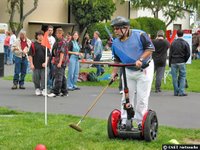 1. Worst new sport: Segway polo
Hmm, if only there were a way to combine the dorkiness of riding a Segway with the snobbery of a polo match. It seems Apple Computer co-founder Steve Wozniak’s next venture is to popularize the game of Segway polo, once he’s done finding ways of cheating in it and forcing them to rewrite the rules every week. When Woz isn’t busy annoying everyone on the Segway polo grounds with “tactics” such as throwing his mallet and clubbing shots over their heads, he’s busy braining passersby with errant shots. See all this and more in our incredibly uncomfortable video. 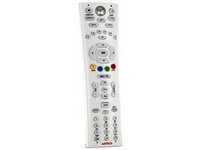 2. Worst use of the word “intelligent”: Nyko Intelligent Remote 360
Hey, Nyko Intelligent Remote 360: If you’re so “intelligent,” how come we have to program each of your stupid buttons individually? And after we’ve taken far too much time doing that, how come the volume control is all janked up? Like we press the Up button once, and the volume goes up five notches. Wow, you can learn functions from up to 22 different remotes? How are we going to remember which button we mapped our track lighting to if we can’t relabel them? A nice golf pencil and a small chart would’ve worked–we don’t have your steel-trap memory, Nyko Intelligent Remote 360. Also, if you’re so smart, how come you can’t complete Sudoku puzzles in 12 seconds? Give me back my $20. 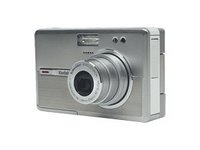 3. Worst camera surrounding a good idea: Kodak EasyShare One/6MP
The good news is that the Kodak EasyShare One/6MP does Wi-Fi extremely well, so you can e-mail, print and share photos directly from the camera. The bad news is that the camera’s image quality, boot-up time, and controls will make you want to stop taking photos altogether. Bad menu navigation, murky backgrounds, purple/pink halos…”Hey Mom, check out these pics I took of Blobby McSmear. Oh wait, that’s my newborn baby. And I almost caught a UFO on camera, but I missed it because it took eight seconds for my camera to start up. And here’s a picture of me crying uncontrollably while rocking back and forth in the fetal position because of this camera.” 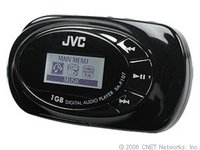 5. Worst retro device: JVC XA-F107B
We like retro. But retro is cooler when it’s about 20 years removed from the source, not just a couple of years. Case in point is this basic MP3 player from JVC. Revisit the salad days of 2001 with its monochromatic LCD screen, subpar battery life, decent sound, line-in recording, and…nothing else. There’s nothing wrong with that, other than the fact that it costs $150 for the 1GB version and $100 for the 512MB version. You’d be hard-pressed to find a player for that price that doesn’t offer more features or better performance. The bloated price must be due to the fact that it’s an antique. 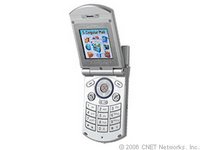 6. Worst phone to use at a monster truck rally: Pantech C300
This phone isn’t bad, but it’s really, really, really small. When it’s in your hand, you will feel like Gigantor. But it’s a trick. You are not Gigantor. And if you’re at a monster truck rally, bully convention or Hell’s Angels hangout while you’re using it, you’ll catch some hell for being Mr. Fancy Li’l Mini Phone. A wedgie, “Kick Me” sign or stop-hitting-yourself situation might ensue.

7. Worst game based on a movie: “X-Men: The Official Game“
Here’s a category with some stiff competition. “The Da Vinci Code” has achieved unprecedented excellence in the realms of lengthy, expressionless dialogue, slapped-together presentation and good-story ruining. “Over the Hedge” is great if your key game-play requirement is boredom. But “X-Men: The Official Game” has them both beat, thanks to numerous glitches, a palpable rush-to-release feel, Swiss-cheese plotlines, hilariously bad transitions and artificially unintelligent stage bosses. Plugging your game controller into a ham sandwich while pushing buttons and making your own sound effects is more engaging. 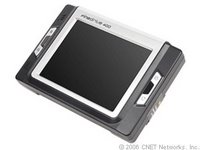 8. Worst GPS unit: FineDigital FineDrive
Has anyone ever asked you for directions, and after you give them, you realize you may have messed up a step or two? And then you realize it would have been better just telling them, “I don’t know how to get there,” instead of giving bad directions, because now those people are really, really lost? Enter the FineDigital FineDrive GPS unit. Sometimes, it has no idea where you are. Other times, it gives you inaccurate directions. And although it has a built-in MP3 player, it can’t play tunes and give directions at the same time. But at least it’s a bargain at $700. 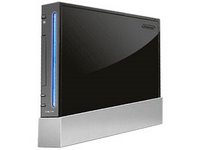 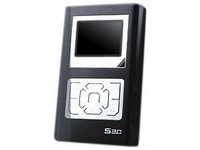 10. Worst imitation of an iPod/Razr hybrid: DigiArmor DMS-S20
For only about $350, you can get a player that looks kind of like the iPod and kind of like the Razr and works nothing like either of them. It plays video, but not very well. It sounds pretty good, but doesn’t come with headphones. It has a navigational menu, but it doesn’t navigate very well–and that’s when you can get the firmware to even respond. The name DigiArmor sounds pretty cool, though. Maybe this subpar player should let the Nintendo Wii borrow it.